The sun had set beyond yon hill, Across the dreary moor, When weary and lame, a boy there came, Up to the farmer's door, "Can you tell me whe'ere I be, And one that will me employ," To plough and sow, to reap and mow, And be a farmer's boy, And be a farmer's boy?
Published: 26 October 2019 | Written by The Web Orderly Sergeant | Hits: 506

To many people the inner meaning of Regimental Badges can be a mystery. Even if the composition of a badge is understood, there is still the purpose of badges to be appreciated as well as their history.

From the very earliest times primitive man found it necessary to have some means of identifying friend from foe particularly in battle. To overcome his difficulty he painted on his body the image of some animal or bird with which he was familiar and whose qualities he considered he possessed or wished to acquire. This idea was carried forward in the age of Chivalry when Knights wore their Arms on a coat over their armour, hence Coat of Arms. It will be remembered that the Crusaders wore the Red Cross of St. George over the back and front of their armour. Badges were authorised to be borne on the Regimental Colours of a few regiments in the middle of the 18th Century but generally speaking the Number of the Regiment on buttons, belt plates and head dress was the main means of distinguishing one regiment from another.

Early in the nineteenth century, when regiments were allowed to incorporate in their shako plate some form of regimental crest, the 62nd, in company with eleven other regiments, adopted the Maltese Cross. Many of them were serving in the Mediterranean at the time, some in company with the 62nd in Sicily in 1806. The cross is the design of the Order of the Knights of Malta, whose chief seat had been established in Catamea in Sicily in 1800, to which place it had been transferred when the British took Malta.

The Maltese Cross, whose eight points symbolize the eight beatitudes of St. Matthew’s Gospel, was not retained as a badge by all its original wearers, but the 62nd kept it. Although there is no definite proof, it is reasonable to suppose that associations with Sicily and Malta, during the Regiment’s Mediterranean service between 1800 and 1813, were the reason for the choice and retention. By 1828 Regimental Badges had become official and the 62nd’s badge was shown as a Maltese Cross within an eight pointed star. 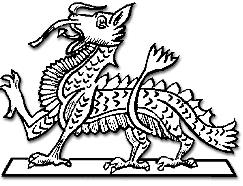 British merchants were bringing great quantities of Opium into their country and the Mandarins of Canton stole and destroyed vast quantities of the drug. When this happened a force of troops were detached from India, amongst them the 49th Regiment, to carry out reprisals. It is very difficult to justify this action on any moral grounds, but commerce was important and this case mercantile expedience appears to have outweighed all other considerations.

In all the 49th fought in six battles. Even so the fighting was rarely severe and battle casualties were far outnumbered by those caused by disease.

In his despatches General Gough, the commander, frequently referred to the dash and courage shown by the 49th. 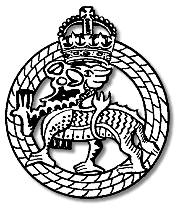 The coil of rope surrounding the China Dragon is taken from the Officers' cap badge of the Royal Berkshire Regiment thought to be in memory of Copenhagen.

In 1801 the British Government was seriously perturbed by the existence of the French inspired Armed Neutrality of the North. It consisted of Russia, Sweden, Denmark and Prussia, and as the first three had strong fleets it is understandable that the British should have decided to strike a decisive blow without waiting for any declaration of war. A fleet under Sir Hyde Parker, with Nelson as second-in-command was despatched.

The nature of the port defences in the Baltic made it possible that land operations might be necessary, so Admiral Parker was given a small military force to go with him to do duty as marines. It consisted of the 49th Regiment and a company of the newly formed Rifle Corps, later to become known as The Rifle Brigade.

On the 2nd April, 1801 the fleet was opposed by the Danes at Copenhagen who refused to allow them to pass. Nelson disobeyed the commands of Sir Hyde Parker, forced his way to Copenhagen and sank or destroyed nearly the whole of the Danish Fleet. The Danes were forced to allow our ships to enter the Baltic Sea and we were able to make the Russians come to terms with us.

Detachments of the 49th were on board fourteen of the sixteen ships engaged. In commemoration of its services the regiment received the battle honour "Copenhagen", and the band was permitted to play ‘Rule Britannia’ after the Regimental March.

The Ducal crown surmounting the coil of rope is that of the Prince Philip, Duke of Edinburgh, the Regiment's Colonel in Chief.

The Red patch worn behind the Regimental Cap and Collar badges is another reminder of an action in which the 49th were engaged, and is known as the Brandywine flash.

The outbreak of the American rebellion in 1775 sent the 49th Regiment across the Atlantic for service in the Americas. It spent some time on garrison duties, but in 1776 sailed as a unit of General How’s Army to take part in the operations in the vicinity of New York. In the course of the following year Howe transferred his troops to the mouth of the Delaware river with the object of capturing Philadelphia. These operations went well and the Light Company which at that time was detached from the regiment, particularly distinguished itself, and earned the 49th its first honour. It should be explained that in the eighteenth century commanders had a habit of withdrawing flank companies from their parent units and grouping them into ad hoc Grenadier and Light battalions.

In this instance on the night of the 20th September, 1777, the American General Wayne, was encamped with 1,500 men in a forest in rear of the British camp, near Brandywine Creek. It was decided to destroy this force by a night attack with the bayonet only. The task was given to the 2nd Light battalion which included the Light company of the 49th and the Light company of the 46th, later to become the 2nd Bn Duke of Cornwall’s Light Infantry. The British lost only a few men. The Americans, furious at this disaster, were said to have threatened to give no quarter in future to the troops who took part in the attack. According to Cannon’s History of the 46th, it was decided that the companies engaged in the attacks should dye their green feathers Red so that they might be known in future actions and thus save others, who had not been present, from being refused quarter as threatened.

The Brandywine flash as worn today is a reminder of the action and of the days when feathers were worn in the head dress.