The sun had set beyond yon hill, Across the dreary moor, When weary and lame, a boy there came, Up to the farmer's door, "Can you tell me whe'ere I be, And one that will me employ," To plough and sow, to reap and mow, And be a farmer's boy, And be a farmer's boy?
Published: 19 July 2018 | Written by The Web Orderly Sergeant | Hits: 588 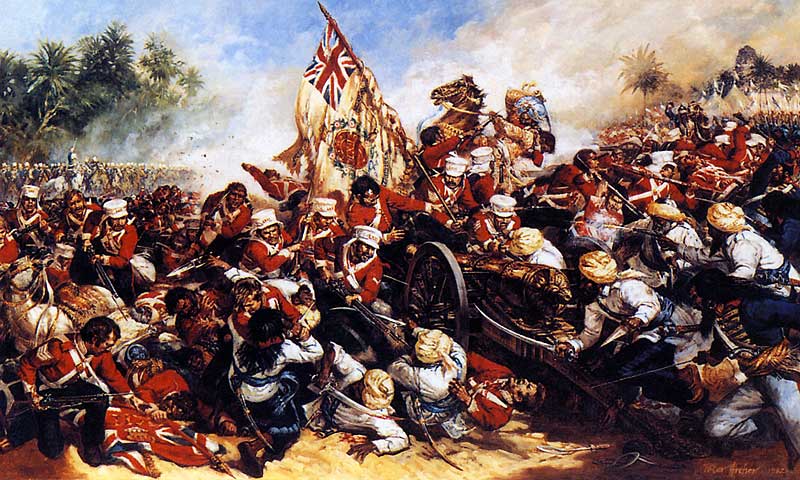 In 1845 the 62nd was stationed in India and was engaged in the first Sikh War. At the battle of Ferozeshah, 21/22 December 1845, approximately 35,000 of the enemy with more than 100 guns and a strongly entrenched position were attacked and routed by a British force of under 18,000 with 63 guns. The battle was not commenced until late in the afternoon, and just as the British succeeded, after sustaining great losses, in reaching the enemy’s position, night came down and put an end to the fighting for the day. The 62nd led the main attack and suffered horrific casualties on the first day, losing 18 out of 23 officers and 281 out of 580 other ranks killed or wounded. When the battle resumed the next morning most of the Companies were commanded by Sergeants. The gallantry of the Regiment was witnessed by Sir Hugh Gough, the General in Command, and he personally complimented the survivors on their determined attack and for their steady and devoted gallantry under a storm of fire.

The 62nd were engaged in a second battle in this war on 10 February 1846 at Sobraon, as part of the 3rd Division. The Regiment's casualties were relatively light, 2 officers and 45 rank and file, and many of the 62nd's officers and men were praised by the Commanding Officer for gallantry