The sun had set beyond yon hill, Across the dreary moor, When weary and lame, a boy there came, Up to the farmer's door, "Can you tell me whe'ere I be, And one that will me employ," To plough and sow, to reap and mow, And be a farmer's boy, And be a farmer's boy?
Published: 19 July 2018 | Written by The Web Orderly Sergeant | Hits: 869 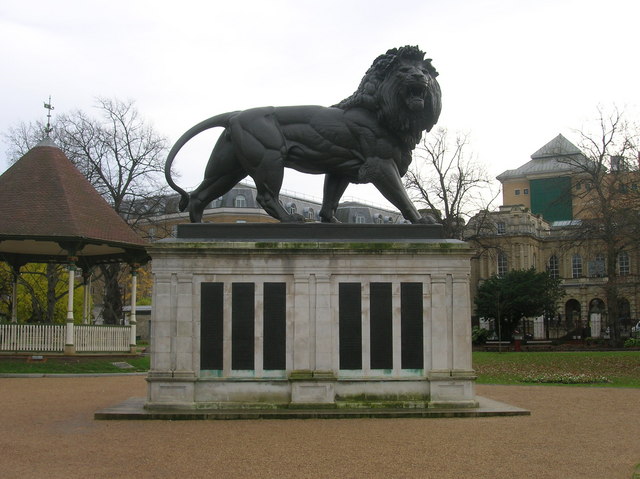 In 1870 the 66th Regiment was again sent to India. Early in 1880 it was ordered to Afghanistan, which the British had invaded in the previous year after the massacre of their envoy and his escort at Kabul. 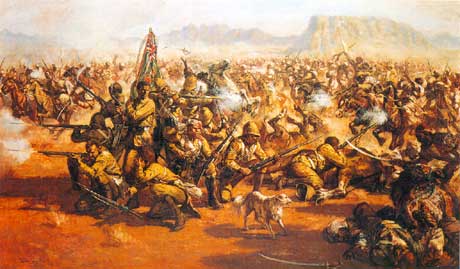 In July information was received in Kandahar that the Ayub Khan was marching on the place with a force described officially as an advance guard of irregulars, and a brigade was at once sent out to intercept him. It was commanded by Brigadier-General Burrows and consisted of two Indian cavalry regiments, two Indian infantry regiments, a battery of Royal Horse Artillery, another of smoothbore guns, and six companies of the 66th Regiment, under Colonel Galbraith. The smoothbore guns had recently been recaptured from some mutineers and were manned by a hastily trained party of an officer and 42 men of the 66th.

On the morning of 27 July the cavalry advance guard reached Mahmudabad, on the arid plain of Maiwand, about 45 miles from Kandahar. The village stood on the edge of a deep, dry, watercourse and on the plain beyond it they saw the Afghans - not the small force they had led to expect but a great Army, streaming eastwards towards Kandahar. It was later established that the force consisted of 4,000 cavalry, 8,000 infantry, 30 guns and some 20,000 irregulars, many of them the religious fanatics known as Ghazis.

After several hours desperate fighting the enemy had broken through to the rear of the British line and the 66th were fighting them on both sides. Colonel Galbraith, who was carrying the Queen’s Colour at this stage, rallied most of the survivors of his battalion in the watercourse, but the position was very exposed and he decided to retire to Khig, where use might be made of houses and garden walls. During the withdrawal Colonel Galbraith, still grasping the Colour, was killed.

About a hundred of the Regiment made their second stand in a walled garden. Surrounded by hordes of irregulars they fought on until only two officers and nine other ranks were left. This small group charged out of the garden, formed up back to back and continued to fire until the last of them fell.

The 66th received no official recognition for its services at Maiwand. No Victoria Crosses were awarded for the good reason that no one qualified to make recommendations had survived. It was a defeat, so no Battle Honour could be given for it. Nor, apparently, did it warrant a bar to the Afghan Medal. However, no one had anything but praise for the 66th. Even the Afghans, who valued courage above all other virtues, had been impressed, and one of their Colonels who had been present spoke in glowing terms of their admiration for the Regiment’s conduct. General Primrose, in his official despatch to the Commander-in-Chief, India, wrote:

". . . . history does not afford any grander or finer instance of gallantry and devotion to Queen and Country than that displayed by the 66th Regiment on the 27th July 1880."

The action appealed to the mood of nationalism which was prevalent in Victorian England at the time and inspired a poem to be written. A small white mongrel dog named "Bobbie", who was the pet of a Sergeant in the Regiment, was wounded in the battle but survived and became the Regiment's mascot. He was eventually brought back to England where he was presented to Queen Victoria at Osborne House on the Isle of Wight. The Regiment’s Medical Officer, Surgeon Major A F Preston, who was wounded in the battle, was the inspiration for Sir Arthur Conan Doyle's character, Doctor Watson, who describes in A Study in Scarlet how he was shot while attending to a fallen soldier.

The loss of the Colours at Maiwand, coming soon after a similar loss at Isandhlwana in 1879, led to the end of the practice of carrying them into battle. In future they were to be left in safe keeping well away from danger.

In 1881 as part of the Cardwell reforms of the army the 49th and the 66th Regiments were amalgamated to become the 1st and 2nd battalions of the "Princess Charlotte of Wales’s (Berkshire) Regiment".

Further reading: Maiwand. The last stand of the 66th (Berkshires