The sun had set beyond yon hill, Across the dreary moor, When weary and lame, a boy there came, Up to the farmer's door, "Can you tell me whe'ere I be, And one that will me employ," To plough and sow, to reap and mow, And be a farmer's boy, And be a farmer's boy?
Published: 17 February 2018 | Written by The Web Orderly Sergeant | Hits: 1044 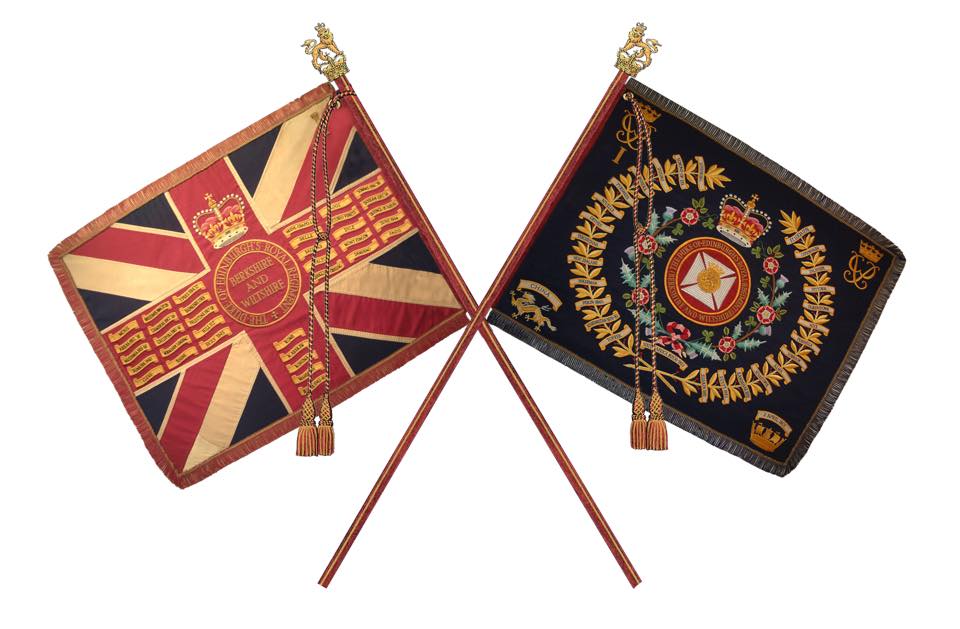 The spirit of a regiment was embodied in its colours (for the infantry) or guidons (for the cavalry). These standards (or flags) carried a regiment’s battle honours, awarded by monarchs to commemorate bravery on campaign.

British regiments had two colours, collectively called a stand. They served not only as a rallying point in battle, but also as a focus of regimental pride.
The King's/Queen’s Colour was a union flag trimmed with gold fabric, and with the regiment's insignia in the centre. It reminded all ranks of their loyalty and duty to their sovereign.

The Regimental Colour was a flag of a single colour - usually the colour of the regiment's uniform facings (collar, lapels and cuffs) - again trimmed and with the insignia in the centre.

To lose the colours to the enemy was the greatest disgrace a regiment could suffer. Soldiers therefore defended them with their lives. When a battalion was presented with new colours, the old stand was normally laid up in a church or chapel associated with the regiment. 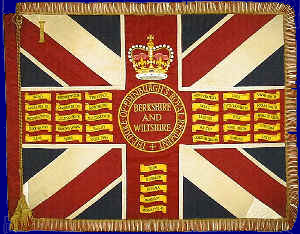 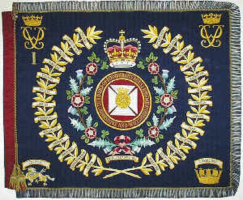